Really pleased to be able to share with you a special livestream gig with trumpeter and composer Laura Jurd. The gig was recorded with a limited audience at the Dora Stoutzker Concert Hall at RWCMD in Cardiff, and is the culmination of their annual AmserJazzTime Festival.

Here’s a short promo video where Laura and Huw talk about the project.

Laura and Huw will also play at Kings Place in London on October 8th 2021.

Another special gig with saxophonist Iain Ballamy at the Holywell Music Room in Oxford on Thursday June 24th. Presented by The Spin Jazz.
Limited ticket availability of 100 seats.
Info and Book https://spinjazz.com/whats-on

“two of the most interesting, formidable, accessible and totally engaging musicians the UK has ever produced!“

Here’s a video from last september’s livestream at the Ucheldre Centre….

One of the oldest standards we play this was written in 1916!

filmed and recorded by Eddie Gripper and Patrick Barrett-Donlon

“one never missed the presence of either bass or drums: the whole concert, short at just over 45 minutes, was a masterclass in listening and responding in a duo setting, in balancing the written and the improvised, and most of all in allowing the other’s musical personality to come across unencumbered”

Was such a pleasure to play (both for a stream and a small but real audience!!) last week in Cardiff University Concert Hall. The duo with Iain is one of the most relaxed, fun and eclectic projects that I do, and this night was no exception…..

“In fact, one never missed the presence of either bass or drums: the whole concert, short at just over 45 minutes, was a masterclass in listening and responding in a duo setting, in balancing the written and the improvised, and most of all in allowing the other’s musical personality to come across unencumbered. Of course, it would have been more special in person, but it is testament to Ballamy and Warren’s brilliant musicianship and ever-present empathy that…even through my bottom-of-the-range Bluetooth speaker…they sounded utterly world-class.”

Live Concert streamed from the Ucheldre Centre on September 16th!

Very pleased to share with you a livestreamed album launch as part of the Bamzu Lockdown Jazz Sessions on 16/9/20.
It’s a double bill with the Ella Hohen Ford, Will Sach and Noah Stoneman Trio who play at 7pm, and I’ll be playing at 8pm.

Tickets are £10 Standard £5 Concessions or £15 Supporter
and all info is available from http://bamzu.co.uk/

It’s great to be back at Ucheldre to play again (this is where I recorded the two #lockdown albums that I’ve released over the last few months). If you haven’t had a chance to listen to them yet, they’re over on my bandcamp page:

“Huw Warren, one of the UK’s most interesting pianists, has a string of fine trio, duo and solo recordings – three of them in the last couple of years. It’s always good to hear more from him, so we’re fortunate lockdown has given him time to revisit recordings from 2016 that showcase his live solo work.

Volume 2 – available as a pay-what-you-want download from Bandcamp – complements the delicious all-Brazilian selection he gave us on Volume 1 a few months ago. Like that set, the music is taken from three themed nights at the Ucheldre Centre, a renovated chapel in Holyhead. It’s pleasingly eclectic, opening and closing with a couple of standards, Darn that Dream and It Never Entered my Mind, and taking in a piercingly lovely version of John Taylor’s Ambleside and a small piece of Elgar that leads into Warren’s EE, a tune heard on his recent CD Nocturnes and Visions.

The longest item, at nearly 18 minutes, is an extended treatment of his John Dowland-inspired tune Teares. Like two previous recordings of the piece, this begins with a slow statement of the haunting melody and proceeds to a few variations. But around where the others finish this one takes off into a much longer extemporisation, first chordal, then moving into counterpoint, always tunefully inventive, before coming back home.

This inspired effort, like the others, is preserved just as it came, with no editing or mixing. It does what a live recording should, capturing a creative spirit as it takes flight. It’s a spirit – thoughtful, resourceful, unfailingly melodic – that informs all Warren’s work, but is particularly well represented here”.

This will be an album launch with a difference – as I’m also going to premiere a whole programme of new music written over the last 6 months! I hope you can join me. 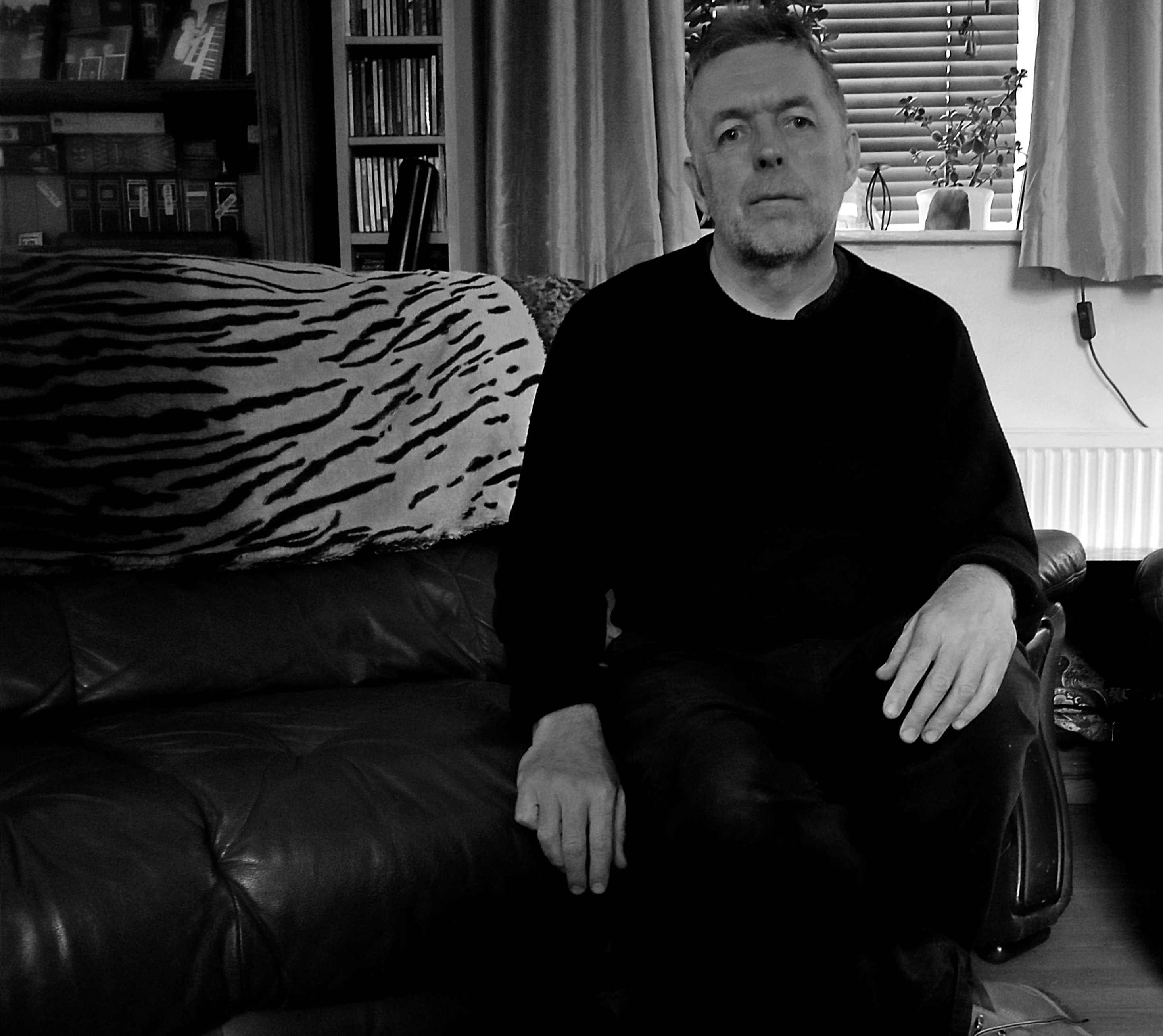 Bandcamp is one the best places to find, stream and/or buy my music online.

I now have 8 complete albums on my #Bandcamp plus some extras! if you follow me, you’ll get a direct message every time I add new music or add an offer!

Decided to release this concert from 2016 on Bandcamp

Its very much a “warts and all” live recording with no editing or mixing, but pretty much gives a good impression of what it is like to sit behind the Steinway!

Recorded at the Ucheldre Centre in Holyhead by good friend Greg Byatt it was part of a series of 3 themed concerts that I did for them – this one on January 9th 2016 being an all Brazilian music programme. I have tried to include some of my favourite tunes that are not on my other albums, but you will notice Loro from the recent trio album and also a version of O Farol Que Nos Guia, which opens my 2018 album Nocturnes and Visions. Alongside the 8 tunes on the bandcamp release (which is available for free download or pay as you like) there’s a video from the same gig here, and a special subsriber-only version of Egberto Gismonti’s Karate.

Please feel free to check out the recording and let me know what you think?

The other 2 nights were also recorded, so there may well be a Vol 2 – watch this space!

Very sorry to inform you that next weeks NEW DAY/EVERYTHING IN BETWEEN concert at Lakeside Arts in Nottingham with Mark Lockheart Dudley Phillips and ZootWarren has been cancelled. Not at all surprising given the global situation, but it is true that you can still support artists in a number of positive ways by buying albums, books,booking online lessons or commissioning that individual piece that you always wanted written especially for you! 🙂
Bandcamp is great since the bulk of the revenue goes directly to the artist……
Stay safe and hopefully see you on the other side of all this x
https://huwwarren.bandcamp.com/album/nocturnes-and-visions

Revisiting some older pieces of mine for projects for next year... This is from #100'sOfThingsABoyCanMake released by #babel in 2004. Link in Bio...
#caernarfon sunset and beers 😊
Gig alert! @thespin_jazzclub #oxford #holywellmusicroom #huwwarren #iainballamy
Nothing beats a fire on the beach! #yforyd #bankholiday #menaistraits #northwales
Heartfelt thanks for all the birthday wishes today! @marialamburn_madalena and I did the next chunk of the @walescoastpath from #Brynsiencyn to #ynysllanddwyn and #newborough. Mega😊... #anglesey #ynysmôn #northwales #coastalwalk #itdidntrain
Lovely to be back in the Dora Stoutkzer Hall at @rwcmd for a duo gig with @laurajurd. Gig has been recorded and will be available as part of the RWCMD Jazz Festival in June...Great sound and lighting, thanks to everyone involved tonight! #newmusic #trumpet#piano #duo
Loading Comments...